Storytelling is the foundation of reputation, status and influence.

In 2020, I got a message from Luke Murfitt, the UK Entrepreneur of the Year. (I’m Nick Warren, BTW. I write things for smart people.)

Luke had just given a keynote speech we’d written for him – and the audience had gone crazy. Standing ovation. Later, a professional speechwriter told him it was the best speech he’d heard.

It would be easy to list the tools, techniques, science or strategy behind it – but the takeaway is three words long.

Luke had given a speech, but the stories work just as powerfully for personal branding, thought leadership, social content, website copy, advertising and any piece of communication that seeks to engage, pursued and influence.

In fact, without a good story we’re kind of invisible.

In 1997, I founded a digital agency with nothing more than an old PC and a story. By 2018 – when I sold that business to start a new adventure – we had clients around the world. No cold calls. No advertising. No sales team.

The world is different now. Busier. Louder. And it’s easier than ever to get sucked into the shady, short-term tactics of digital marketing… the kind of thing that reduces our customers to conversions.

But that’s NOT the kind of business most of us want to build.

We want people to buy because they feel drawn to us and our work.

And for that, we need better stories.

I quickly found that most media rightly don’t give a rat’s ass about book launches. They care about stories, not announcements, so I asked myself, “What if I couldn’t pitch my product directly? What if I had to sell around the product?” … People don’t like being sold products, but we all like being told stories. Work on the latter.

“No one ever made a decision because of a number. They need a story.”

The bolding is mine, but you get the idea. If you want your business to be invited into other people’s brains, you need to wrap a story around it.

Luke’s story didn’t stop with the speech. It generated huge PR and approaches from major clients. In 2022, he’ll be featured in a major documentary series on Amazon Prime.

Welcome to Stories Mean Business. If you are ready to dig deeper… 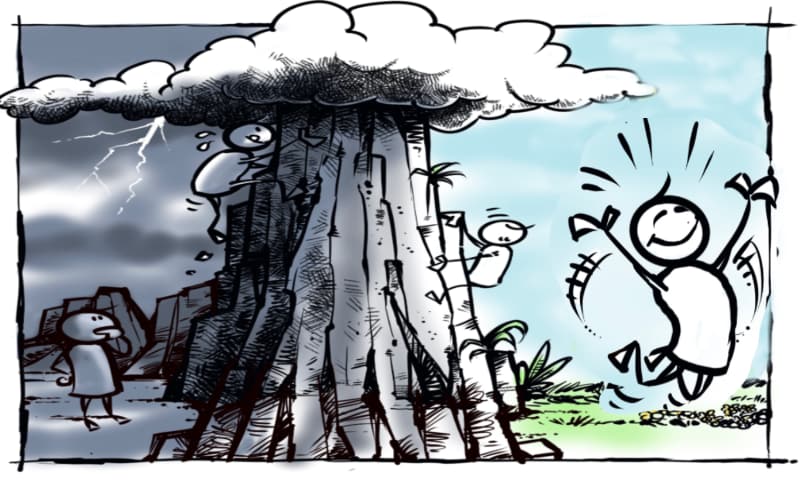 Nail your story in 7 days with this simple, proven process.

Services for smart, successful people looking to build their reputation and influence.