It’s a sad irony that the word ‘authentic’ has been so ruthlessly plundered by business. It’s on its way to join George Orwell‘s “huge dump of worn-out metaphors which have lost all evocative power…”

(Yes, I realise that it isn’t a metaphor, but I reckon you get my point. When we use it as a marketing lever, we’re seriously missing the point.)

But while the word may be devalued, the practice sustains. Seth wrote about Patagonia fourteen years ago, but if you visit their site today you will see exactly what he was talking about.

(What you won’t see is the word ‘authenticity’.)

Multiple channels of information mean that its almost impossible to live a lie. Authentic stories spread and last.

Consumers hear about organizations from many sources, not just one. As a result, you have to get your story straight. Saying one thing and doing another fails, because you’ll get caught.

A lack of Authenticity.

This is the feeling that you don’t have to tell the truth, that it’s “just marketing.” But talk to someone at a company on a mission—Southwest or JetBlue or Acumen Fund—and you’ll hear the same story, told with desire and belief and honesty. These are people on a mission to really do something. Contrast that with someone who wants to know the ROI on a monthly basis from a blog—they’re busy doing the math, not living the story.

Patagonia makes warm coats. So do many other companies, almost all of which sell their coats for less money, do less volume, and turn a lower profit.

Is it because Patagonia coats are more beautiful or warmer? Not at all. It’s because the company has created (and lives) a story that has absolutely nothing to do with clothing and everything to do with the environment.

The company has gone all the way to the edge, further than just about any other major brand, in building an organization that reduces, reuses, and recycles. A company that gives back (in terms of attention and cash) to the environment at the same time that it challenges it.

The catalog is filled with beautifully illustrated stories of some of their climbers — these guys really are nuts. As their clothes have become less flashy and more organic, Patagonia has grown. An organic cotton shirt from Patagonia costs ten times more than a similar nonorganic, non – branded shirt from someone else. And that’s fine. Because the shirt isn’t just a shirt — it’s a story and a symbol. It’s a way for a wealthy consumer to tell herself a story about her priorities, at the same time she tells that story to her friends.

No one talks about The North Face. Plenty of people talk about Patagonia. That’s because the company, from the top down, lives and believes their story (a unique story and a story that resonates with their customers) and makes it easy for the story to spread.

The story of Toms Shoes is largely misunderstood and worth revisiting.
Blake Mycoskie started a shoe company with a simple but radical idea: Every time he sells a pair of shoes, he gives an identical pair to someone in the developing world who has no shoes. That’s it. That’s the business model. No ads, no serious promotions, no hype.Blake understands that his shoes (and his story) aren’t for everyone. In fact, the story of his shoes is for a tightly knit group, a tribe, a group of people who share an interest and a passion and a way of talking to one another.
One person rushes to buy his shoes, but then that person tells the rest of the tribe, not Blake, not Toms, not their ads. …It thrives when someone resonates with its weird story, but most of the time, for most of the world, Toms is invisible. This is fine with Blake. And fine with the members of Toms tribe. It wouldn’t, on the other hand, be fine with Pepsi or Taco Bell or DreamWorks. They’re still searching for a pregnant elephant.

Marketing doesn’t have to be selfish.

In fact, the best marketing never is. Marketing is the generous act of helping others become who they seek to become. It involves creating honest stories—stories that resonate and spread. Marketers offer solutions, opportunities for humans to solve their problems and move forward. And when our ideas spread, we change the culture. We build something that people would miss if it were gone, something that gives them meaning, connection, and possibility. ^^The other kind of marketing—the hype, scams, and pressure—thrives on selfishness. I know that it doesn’t work in the long run, and that you can do better than that. We all can. 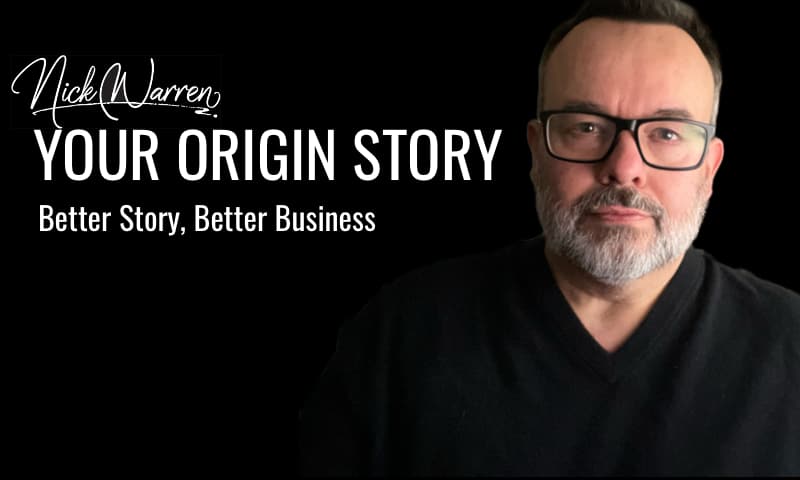