In 1957, Walt Disney created this extraordinary strategy document, showing how he was thinking about (and growing) his empire. 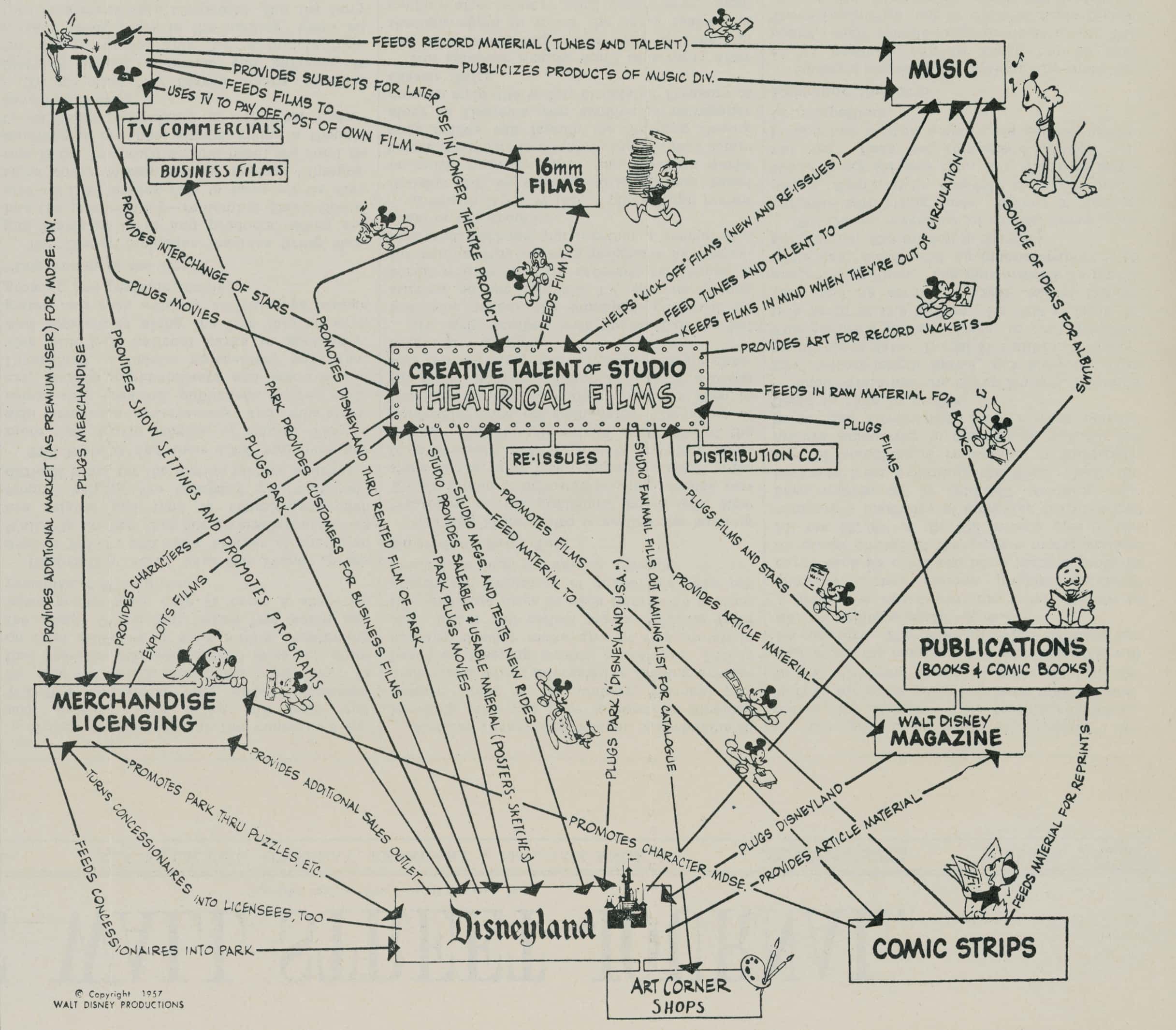 In Jim Collins‘ language, we might call this a business built of many flywheels, each feedback loop reinforcing the rest.

After Disney died, the company languished. As a kid, I’d loved the classic movies, but The Black Cauldron (to take one example) showed how far they had fallen.

When Micheal Eisner was brought in as CEO (1984), he recruited Jeffrey Katzenberg and gave him a blunt mission. “Fix Disney animation.”

Katzenberg – looking for inspiration in the archives – rediscovered Disney’s drawing.

Or so the story goes.

Is it that simple? I doubt it, but think about this…

Walt’s strategy was linking as many of his properties as he could, using the unique attributes of each to power and reinforce the whole.

He was franchising his stories and his characters, his visuals, his music, and of course, his brand.

In my world, every podcast is connected to every other, and this website, and the value of telling your story.

You don’t have to be Disney to do this.