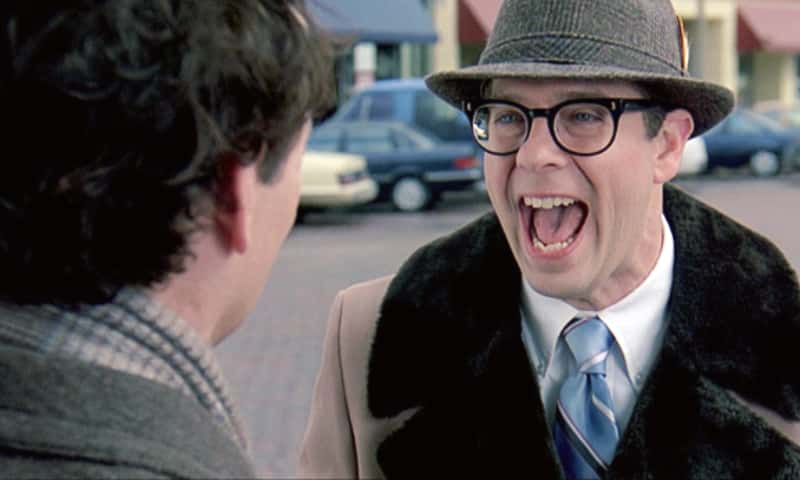 So … what’s more important than a sale?

A client of mine operates in an industry famous for the hard sell, the relentless phone calls and the boozy customer jolly.

He does none of that.

Instead, he works hard to create content that has value for his audience. When they connect he treats them like human beings.

But he doesn’t sell.

Because that’s his agenda, not theirs.

Compare that to Mr Double-Glazing guy. He used all his tricks and tactics, but when Mum kicked him out, he was done. By trying to force a sale on his schedule, he’d squandered any goodwill he might have had.

He could have left as a guide and a mentor – ready to be called when they were ready. That’s what my client does.

And then, when they are ready … he is top of mind.

Their timescale, their initiative.

Which brings us to a critical point in our journey. When the salesmen came to our house in the Eighties, he had a massive advantage.

My parents knew nothing about double-glazing, or him, or the firm he represented.

Say I’m interested in what you are selling. Before you’re even aware of me, I’ve learned about the wider market, ranked you against your competitors, and seen what previous customers thought of your work.

The power balance has reversed, which means we can’t hide behind glossy marketing. Our prospects, clients and customers are in charge. On a previous page, I put it like this…

They tell themselves a story. Not just about themselves and their lives, but about us. About who we are, where we come from and what we believe. About whether we can be trusted to deliver on our promises?

And that story decides what happens next.

In storytelling, there’s a powerful principle that goes like this:

“It’s not what your characters say that defines them; it’s their choices.”

And as in fiction, so in life … and especially in business. When customers look at our digital profile (and backwash), they’ll judge us by our actions … by the deeper story we are telling.

Just as you will be judging me right now.

And that’s fine because just as you can judge me by my actions, I can judge you by yours.

Let’s start with the fact that you are reading this.

According to internet ‘experts’, you shouldn’t be here.

Apparently, the average 21st-century human has zero attention span. No one reads. No one thinks. We just scroll through our phones like rats in a lab – hitting whichever link dispenses the most Dopamine. To sell anything to anyone you need clickbait headlines, mind-blowing promises, emotional manipulation or celebrity scuttlebutt.

And yet, you’ve already invested 8-10 minutes in the 2,000 words that went before

I’ve made no mind-blowing promises.

Which is why the people who respond to those things stopped reading around 1,980 words ago … and that’s okay.

Because whether we are building a business or an audience, the last thing we want is ‘average’.

Seth Godin – who I interviewed for my 1,000th podcast – warns against going wide.

“Far more realistic (and profitable) is to ignite your networks. To create a story that spreads from person to person, from blog to blog, that moves through a community and leaves an impact as it does.” – Seth Godin. Meatball Sundae, 2008.

I learned a long time ago to follow his advice.

I’m not building a business for everyone. Neither is my client above. Much more fun (and profitable) to build a business for those that care about what we care about. That value what we value.

When we tell the right story to the right audience at the right moment – we get a fundamentally different quality of engagement.

The chance to enter into a real conversation – to build attention, connection and trust.

The chance to change their reality

That’s not a ‘mind-blowing promise’.