The Opposite of Selling 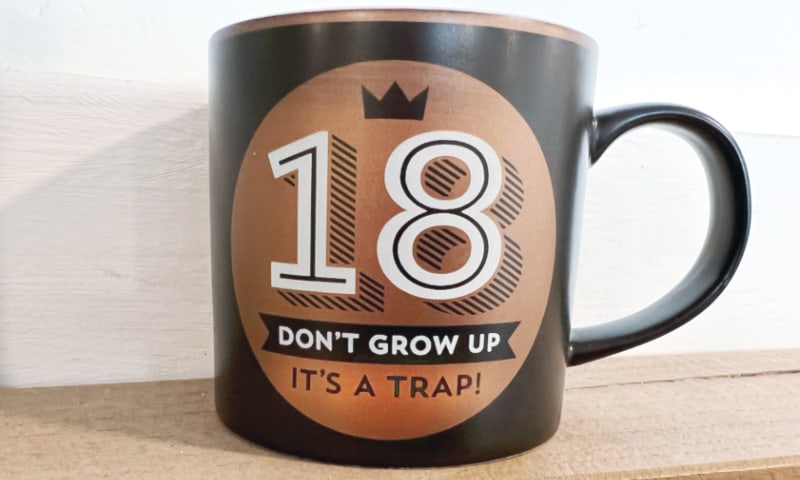 “Grow up, Nick. You aren’t ruthless enough to build a business. You’d hate the sleazy selling.”

These words, spoken by a mate, haunted me for years.

We were 15 at the time – hanging out and dreaming about the future. Mine was the typical childish fantasy. Easy success. Fast cars. Private jets and tropical beaches.

All the freedom, none of the work.

My mate was younger but more mature. He considered truth-telling a public service.

And to be fair – at 15 – I couldn’t build a bike stand, let alone a business. I was short, scruffy and below average at everything.

Plus … I was kind of soft, which was really his point.

“You aren’t ruthless enough to build a business.”

The more I thought about it, the more obvious my magical thinking became. My parents were kind. My teachers were kind. All the adults in my life were basically nice, decent people.

And none of them owned a business.

Not a single one.

In fact, the first time I came into contact with someone professionally selling something, I hated him.

My parents invited a double-glazing salesman to our house.

Years later, I learned to recognise the tactics he’d used on them. The opaque pricing. The pushy, leading questions. The one-time offer (due to a ‘unique cancellation’). And – of course – the hidden costs and extras. Delivery. Installation. Insurance.

I didn’t know the tactics then, but I felt their darkness.

And I realised my mate had been right.

I could never be that guy.

Didn’t want to be that guy.

If this was growing up, I didn’t want it.

Looking back now – decades later – I know I judged him harshly. It’s easy for kids to view the world as black and white, but real life is rarely so simple.

It probably wasn’t his business. They probably weren’t his products, his techniques or his targets. Maybe he had kids of his own to feed.

And in any case, I owe that guy a debt I can never repay.

He’s the reason that I choose a different path.

Twelve years later – when I finally did begin building my first business – I knew one thing.

I hated that type of pushy, manipulative sales stuff.

And I wasn’t going to do it.

Not any of it.

Growing up isn’t just about letting go of magical thinking; it’s about choosing how we want to show up in the world.

And I knew in my bones that I could never sell that way.

I needed to find something that worked for me.

This seems ironic now because sales tactics and manipulation are bigger than ever. The internet has taken them to a whole new level of noise, automation and intrusion.
The double-glazing guy feels quaint by comparison.

And magical thinking is everywhere.

If you do this one thing, all your business problems will be over.

The weird thing is how many still fall for it. At fifteen, I was still a child, but today I see so many adults chasing that same fantasy.

All the freedom, none of the work.

Magical thinking. Short-term tactics. And on and on and on. Always running towards the dream, never getting anywhere.

But for those of us who have grown up –and see the world as a place where real work pays off – there is an alternative.

It’s not magic, and it’s not a short-term tactic.

But it’s changed the way I think about selling.

By the time I sold my first company in 2018, we had clients around the world … but I’d never placed an ad, made a cold call or sent a spam email.

Instead, I’d started telling a story – carefully, consistently and strategically.

I didn’t understand it back then, but the clue was buried back at the start of this … in the conversation I had with my mate.

Although his words had bothered me, I’d known that he had my best interests at heart. Because I knew him. Because I trusted him.

Who he was. Where he came from. What he believed.

Or, to put it another way … I knew his story.

And the stories we tell ourselves are insanely powerful.

Think of it this way. Every time we make an offer, what do our prospects do?

About who we are, where we come from and what we believe.

About whether we can be trusted to deliver on our promises?

And that story decides what happens next.

A step forward or a step away.

My first story, for example, had to explain why I’d quit a fast-track career in technology to start a one-man business. (With zero notice, planning or funding.)

As it turned out, it worked. My first client was the BBC. My second was Lever Brothers. My third was a dot com startup.

The story I told – about service, quality, freedom became the DNA of the business.
And as the story spread, so did we.

In a hyper-competitive niche, we became a category of one.

Before this ends, I want to be clear about something. Telling a better story is a skill like any other. It can be learned, but it isn’t about the quick win or pretending to be something we’re not. And it definitely isn’t about the house on the beach.

It’s about building the attention, connection and trust that makes selling irrelevant.

(Trust BTW is the engine behind every business I’ve ever admired.)
If this resonates, come see how the story continues…